A move to real reconciliation

That’s the dilemma we see many Indigenous nations face regularly when deciding to take the step of facing down Crown governments in court based on their Constitutionally-guaranteed rights (section 35 of the Constitution Act, 1982) in order to protect their land, rights and way of life. It’s one thing to have the Constitution card in your pocket; it’s another thing to be able to play it in a Canadian court when up against the deep resources of the federal or a provincial government or both. Particularly when Crown governments have tended to use strategies of delay and outspend as a way to manage this challenge to their support for extractive industries like oil or mining.

As the executive director of RAVEN (Respecting Aboriginal Values & Environmental Needs), a charitable non-profit organization that raises legal defence funds to assist Indigenous peoples to defend their constitutionally protected rights, I have witnessed first-hand the struggle that they often have in accessing justice through our courts. It’s not an easy decision for Nations to go to court. There is a significant imbalance of power in the resources between the parties, and familiarity with the system itself. But sometimes the Nation’s hand is forced, by destruction of their land, water, medicines, and animals for state-sanctioned industrial expansion that tramples their Aboriginal and treaty rights into dust.

Case in point — Beaver Lake Cree Nation in Alberta filed a legal action in 2008 against the governments of Canada and Alberta over the constitutional standing of numerous oilsands projects — one of the world’s largest and most carbon-intensive energy developments. The high-stakes action represents a precedent to the Canadian court. The Beaver Lake Cree case will be the first time a court is asked to draw the line defining too much industrial development in the face of constitutionally-protected treaty rights.

The conflict is between the promise in Treaty 6 signed back in 1876 that guarantees Beaver Lake Cree Nation the right to hunt, trap, fish and gather medicines in perpetuity throughout their traditional territory, and the government’s allowable ‘taking up of lands’ — also in the treaty. Here’s the thing: if a mega project or several are destroying all the elements underpinning the treaty, it shows you’ve got a serious constitutional problem on your hands.

And to indicate the seriousness of stakes, it took five years of beleaguered battling just to get the case to go to trial. Alberta and Canada are in a tough spot, having welcomed a veritable cavalcade of oilsands projects over the last couple of decades. So, Alberta and Canada as defendants fought every step of the way to have the claim dismissed as “frivolous, improper and an abuse of process.” But the courts disagreed — and said no further “delaying tactics” should be permitted lest the entire claim be “stonewalled at an early stage through excessive particularization.” Read: buried in paper and expensive motions.

To me this is an access to justice issue. We have characterized our work at RAVEN as reconciliation in action — although the term has now been somewhat co-opted. But in law, reconciliation has a specific meaning; it’s not a trite phrase borne of current circumstances in our history. It is a promise made to the Aboriginal peoples of Canada and enshrined in the Constitution Act, 1982.

Reconciliation is about forcing Crown sovereignty to take account of and be reconciled with rights reflecting the prior use and occupation of land and resources by the Indigenous nations of Canada. From an Indigenous peoples’ perspective, their community has a legal basis for its own protection and development. And supposedly this is a priority of our Prime Minister, unless his use of the word reconciliation is the cocktail party version, light and frothy political banter with no actual substance.

RAVEN wants to be part of the transition from the colonial period to the reconciliation era, because the colonial period was characterized by Crown sovereignty being exercised without regard or respect for land and resources rights. The ‘reconciliation era’ we want to see via a legal theory of change is rooted in s.35 of the Constitution Act, 1982 and the model of forcing Crown governments to retreat through court-enforced orders.

If you’d like to learn more or get involved, you can check out the Tar Sands Trial video here.

We have backed Beaver Lake Cree Nation’s legal action for nine years — and are working to raise the funds they need now to bring forward and substantiate their s.35 interests through the courts and rein in the unlawful use of Crown sovereignty. To play that winning card should not be a dilemma, but a way to beat Canada and the provinces at their own game.

Susan Smitten is the Executive Director of RAVEN 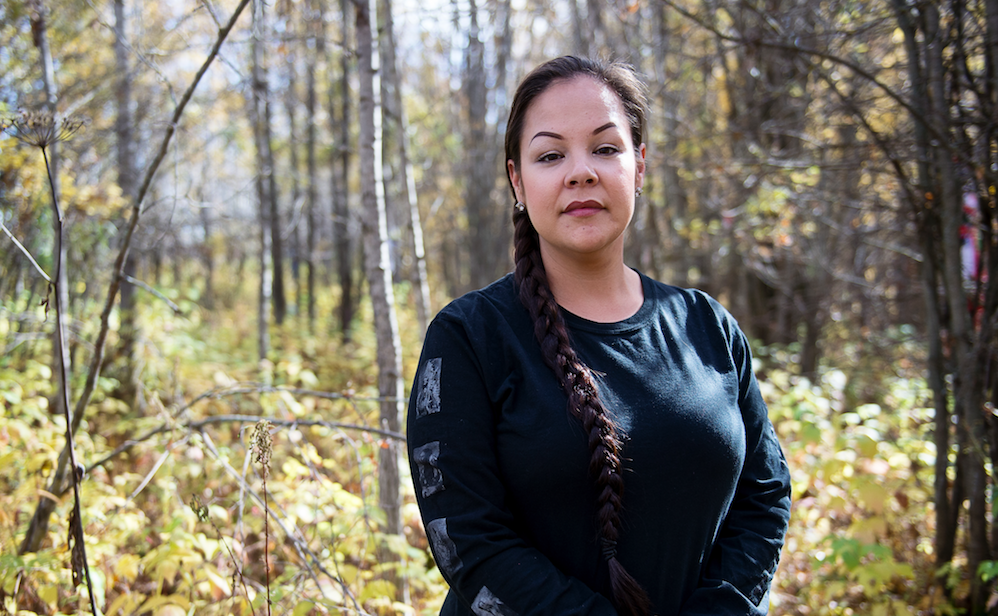